"We are a church family that, welcomes, forms and sends disciples"

John Francis Chudacek: Senior Warden
John Francis Chudacek was born  in August of 1954 in Norfolk, Virginia, at Norfolk General Hospital to Johnnie and Norene Chudacek. His Father was a decorated WWII veteran who volunteered at age 16 and spent 34 years in the US Navy. His Mother was a college graduate from Akron in 1935, unusual at that time in history and at a young age. He was baptized at Christ Church, Alexandria at about 1year old and of course without any recollection of the event. He started school in the finest public schools of East Orange New Jersey and eventually graduated high school from Kempsville in Virginia Beach. For his undergraduate degree, John attended Johns Hopkins University.  The Lord graciously allowed him to be accepted to Howard School of Dentistry but instead joined the US Navy to become a pilot where he was blessed to fly several of the Navy’s finest fixed wing aircraft. He also had the blessed opportunity to fly helicopters in the National Guard where he remembers this season lightheartedly saying, “It’s a great job and someone else is paying for the gas too.”  After retirement from military service John then joined the Civil Service as a helicopter simulator manager for the MH60Rs at NASNI.

The more serious and important timeline that started at baptism continued with confirmation at Christ Church, Pensacola.  Although God’s protection has always been with him, Johns coming to Christ moments were while attending Johns Hopkins University sophomore year through the campus crusade for Christ at James Madison University and also through an amazing and beautiful vision of Christ.  John would attend what churches were available including St. Peters, Norfolk, Holy Trinity, Fallon and St. Johns, Chula Vista of which all were great and loving communities.  He would also volunteer in many capacities within the church and also attended Cursillo.  John has a wife named Janet and three great children; Nicole, John, and Matthew.  John and his family transitioned from The Episcopal Church after it left the basic teachings of Christ and found a home at Emmanuel Anglican Church. 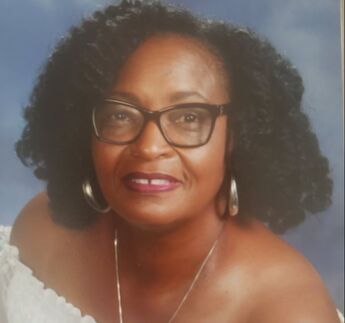 Claudia R Dalrymple is a successful Senior Manager retiree of 31 years from UCSD Housing and Dining Services where she was responsible for staffing and operations of serving the campus population, coordinating theme events and Fine Dining, and provided meals for elite conference groups. She currently spends her time as the administrative assistant for Emmanuel Anglican Church.

Her love of God and church has led her to past positions as senior warden on a vestry (Leadership board), while being part of the “Daughters of the King” women’s discipleship community. A few examples of the various ministry groups in and outside of the church Claudia has been a part of are:  Omega Ministry for families in their time of loss of a loved one, hospitality coordinator, delivering meals with ECS for the homeless and providing services for families of domestic violence.

Her love of cooking and event planning eventually turned into a successful family catering business for several years. In her leisure time she enjoys music, water aerobics, walks for charity groups and bowling.

Claudia is happily married to her Barbadian husband George for 14 years and hopes to spend their golden years travelling. 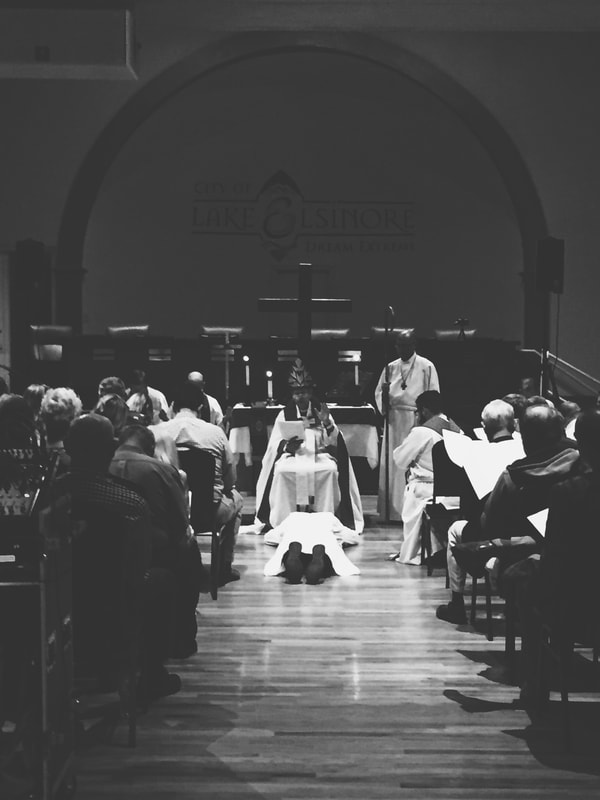 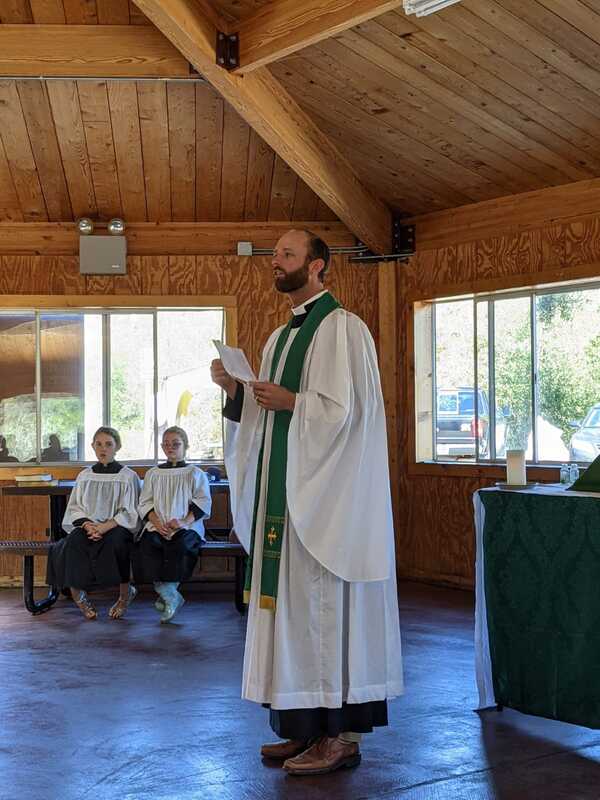 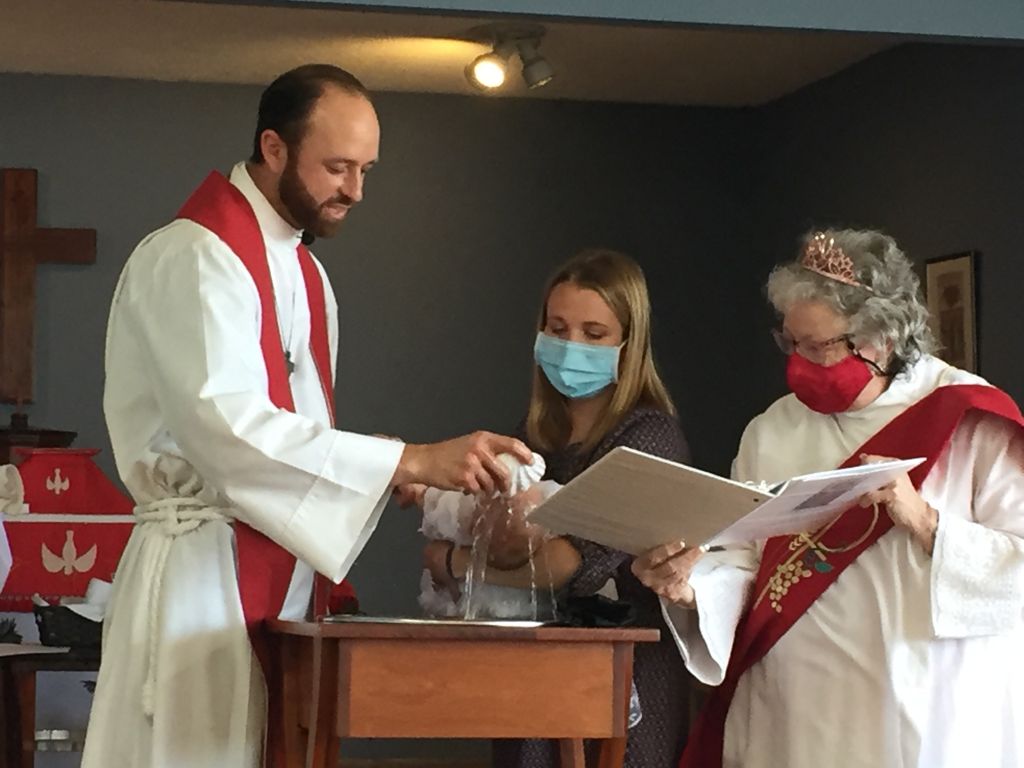 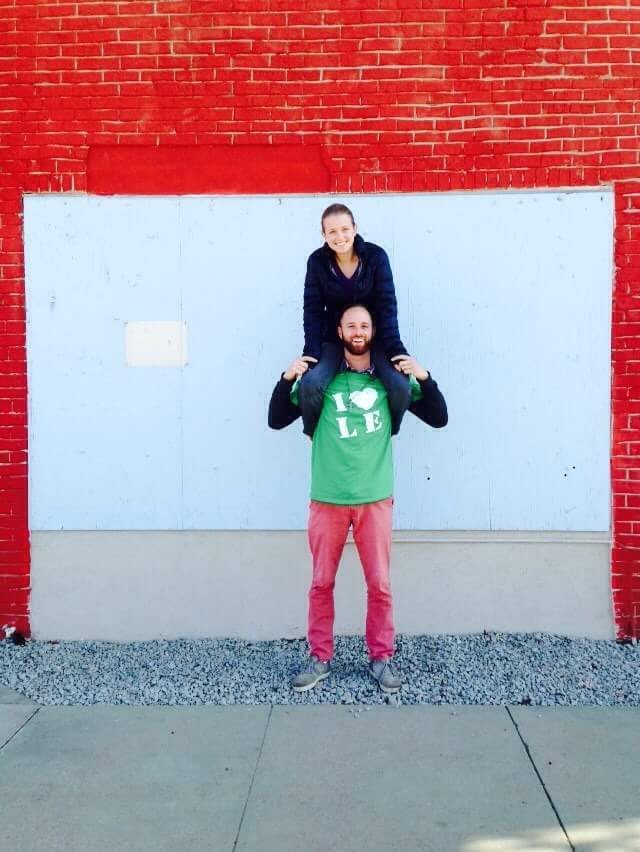 Pictured above is Fr. Chris Bodiford at his ordination to the sacred order of priests on September 15, 2017, and him baptizing his second daughter Ruth on Pentecost Sunday 2021. Abigail Bodiford is their soon to be 6 year old daughter and Kasi is his intelligent wife on his shoulders!
​
Chris and his bride Kasi moved to Chula Vista California in 2018 after Kasi received a position as a resident physician having graduated from medical school.   This is the location where they began serving their community and asking God to bless their church planting efforts. He met his bride Kasi at California Baptist University in Riverside where he received a Bachelor’s Degree in Christian Studies in 2011, shortly after a powerful conversion. Chris received his Master’s of Divinity degree in the summer of 2017 from Bethel Seminary in San Diego.
​
His passion is found in creating community where intentional formation and healing can take place in holistic ways. To do this, walking the neighborhood and getting to know his neighbors is the normal pattern of the week. Furthermore, when he has time, running, reading, and working with his hands are all life-giving hobbies of interest.

We are expecting to add more names and photos as the staff expands and the vestry forms in the coming months and years. Stay tuned!